Does your accountant seem obsessed with last year? If you want to legally pay less in taxes, you need a professional who looks forward. Relax Tax helps our clients focus on planning for a better future, and not the past. If we want to look back at anything, we thought it might be fun let our blog look back at what we learned in the last 50 plus years. You can get a FREE COPY of the entire guide at back.relaxtax.com. Now lets take a look at 1988. 1988 was the year that George H.W. Bush defeated Michael Dukakis in the presidential election. In July, the cruiser USS Vincennes accidentally shot down Iran Air Flight 655, killing all 290 aboard. In December, Libyan terrorists exploded a bomb aboard Pan Am Flight 103, killing 259 passengers aboard and 11 more people on the ground.

December 22, 2020, US Attorney General William Barr on Monday announced criminal charges against an alleged bombmaker in the 1988 terrorist bombing of Pan Am flight 103 over Lockerbie, Scotland.

The former Libyan intelligence officer Abu Agela Mas'ud Kheir Al-Marimi was charged in a criminal complaint with for allegedly providing the medium-sized Samsonite suitcase with the prepared explosive that was later placed onboard the flight. He is currently in custody in Libya. 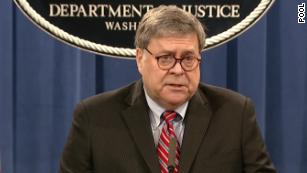 Monday is the 32nd anniversary of the attack, which killed 270 people, the majority of whom were Americans. The Pan Am Boeing 747 was en route from London to New York.
The announcement also brings Barr's service as attorney general -- a position he's held twice -- full circle.
Last week, when he told President Donald Trump of his resignation, Barr asked to delay his departure by a week so he could announce the Lockerbie charges, one of the sources said.
Early in his tenure at the department under President George H.W. Bush, Barr had announced charges against two other Libyan intelligence-linked men, Abdelbeset Ali Mohmed al Megrahi and Al Amin Khalifah Fhimah, whom the US accused of placing explosives in a portable cassette and radio player that was inside a suitcase on the plane. Personally, 1988 was a typical college year. Being a Big East student at the time, I specific remember that Syracuse students died in the crash. I do remember the prayer session prior to the game. Beyond that 1988 was the year I jumped on the magic carpet and became Lambda Chi Alpha Beta Iota 493. As fraternities go that is all that I can say about that in ZAX fellow brothers.